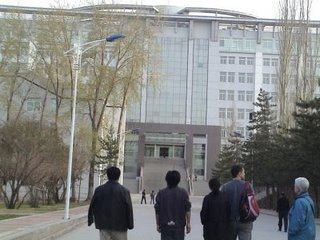 Today we went to visit the final university in the Xining area, where one student is studying physics. The university is very modern and new, and the grounds were beautifully landscaped. Shawo was so happy that we came to see him at his school. He thought that since he was the only student there, we wouldn’t make time to come to see him. He couldn’t wait to show us one of his classrooms. We were able to visit with some of his classmates as they waited for their professor to arrive, and the students were happy to practice their English speaking skills with us.

Shawo told us that he would like to show us his dorm room, but he thought it was too messy to show to us. Sounds like a perfectly normal college student, doesn’t it? 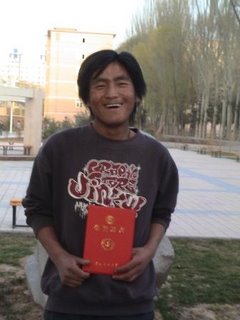 Instead, he ran to his room and back, and presented me with an award that he had won at the end of the first semester. Shawo’s scores were outstanding. In fact, his scores were the second highest in the entire physics department. Because of this, the university awarded him a “scholarship” or reward money of 300 rmb. He was so proud to have earned this award, and his Mama’s Wish teacher beamed with pride as he showed the award certificate to us.

As we were walking to dinner, I saw several children who were, of course, absolutely adorable. I couldn’t resist taking a few photos of them and attempting to play ball with one little boy. 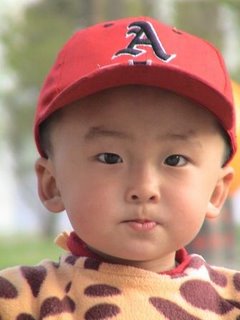 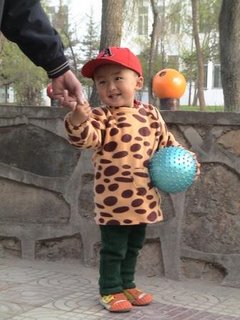 He did NOT want to play ball with me, though, and refused to give up his toy. At least he allowed me to take his picture. :o) We then took Shawo to dinner, and asked him to order his favorite dish in honor of his achievement. Dinner, once again, was fantastic and we finished off every dish. 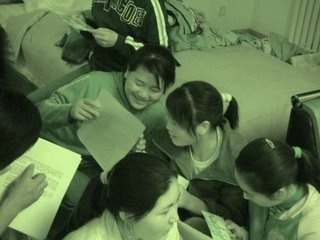 Shawo then came with us to meet the other college students so that I could present them with the very best gift of all – letters and photos from their sponsors. They were SO eager to hear from their sponsors, and they devoured the letters. 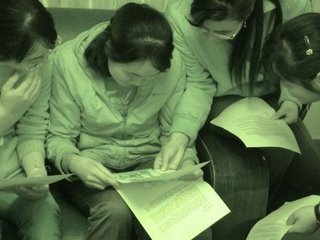 The room was very noisy as each one read their letter out loud. My heart was so full, and Nicole and I looked at each other with the biggest smiles. Each student was reading the letter from the sponsor without help, and none of the letters had been translated. I could not believe how well they were all reading. Many sponsors will recall their letters, and the extensive vocabulary that some used, and I know they will marvel at the thought that their student could read the letter from them without it being translated.

A few students had trouble with a word or phrase, but instead of asking Nicole to translate they turned to one of their friends, who helped them figure out the meaning. 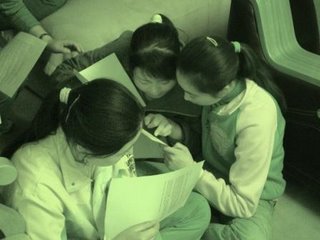 Nicole only helped translate portions of two letters from sponsors. The students did the rest all on their own. After reading her letter, one of the students asked if she could send a message to her sponsor by having us videotape her. Soon every student lined up to take a turn at speaking into the camera and giving their sponsor a quick message. Some spoke in English and some spoke in Chinese, both of which are amazing since their native language is Tibetan. I know the sponsors will all be so proud of their students, just as I am.

No one wanted the evening to end, and we talked until almost 11:00 before saying goodbye. 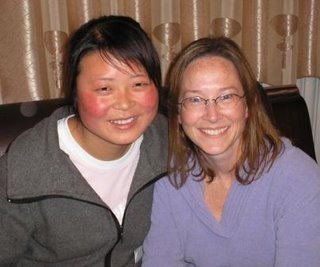 I am going to miss them so much, and it was such an honor for me to be able to come to Qinghai to visit them at their schools.

Tomorrow is an early morning for us, as we will travel a long distance to visit two of the high schools in the Mama’s Wish program. We will be visiting 53 students tomorrow, so I know it will be another long day of learning about them and filling out reports for sponsors. I can’t think of anything I’d rather be doing than what I am doing right now. Each day has been amazing, and I know that tomorrow will be amazing as well. 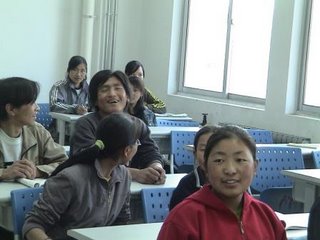