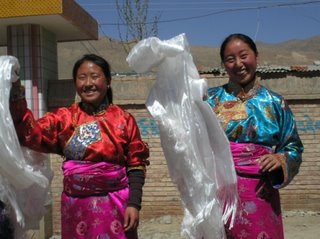 When we arrived at the TongRen School, the students and their parents were once again waiting to welcome us. The girls were in the traditional dress, which made everything so bright and colorful. They placed the hadas around our necks, and then the parents did the same. It was difficult for me to look at the parents sometimes; their eyes expressed so much gratitude and it was too much to take in all at once. Again, I accepted their thanks on behalf of the students’ sponsors 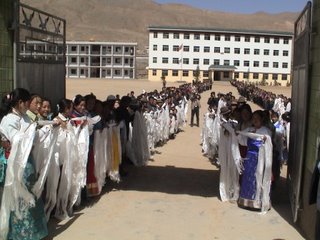 We took time out to take some photos with the officials that had come to greet us from the county, as well as from Qinghai Province. China is doing so much to promote education in the Tibetan minority areas, and we had a lovely conversation over lunch about the future of education in the minority regions.

We also had a surprise visit from a few of the college students’ relatives. The older brother of one of the students came from more than 100km to thank us for allowing his brother to attend medical school in Xining. He had walked from his village for two days before catching a bus to TongRen, just to tell us “thank you” in person. 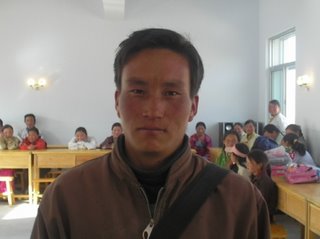 After the reports were finished, the students needed to get ready for their school performance so we went to the Tibetan Cultural Center, where the MW teachers had arranged a tour for us. The Center included Tibetan artifacts which were hundreds of years old, a computer lab which they allow people to use for free and offer free computer classes, and a library that contains many different kinds of books, from Tibetan history to books donated by Yale University such as “A Tale of Two Cities” and “The Adventures of Huckleberry Finn.” 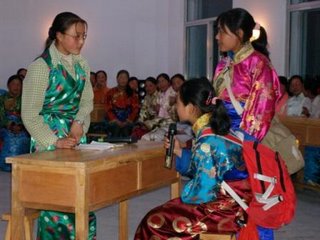 We had dinner at the Culture Center with all five of the MW teachers, and learned so much about how their organization got started, how they choose the students for the program, and why they started the program in the first place. We were so touched to learn that the food and tea at the performance had been provided by the families of the MW students. We already knew that they had walked long distances just to meet us and say thank you; now we were learning that they had made the bread we were eating and carried it with them; they had made the yak butter tea we were drinking and carried it with them; they had brought the fruit with them. They must have had such heavy burdens to carry over such a long distance, and yet they had come and gone without us even knowing that they had brought such a precious gift for us. 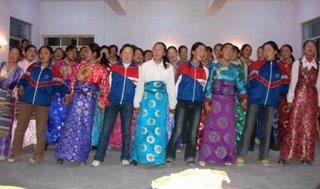 They sang, danced, and even acted out an English drama for us. Once again we were impressed by the students’ language skills and singing and dancing abilities. At the end of the evening, the students were really upset and did not want us to go. Before long all of the girls had their heads in the hands and were crying. We tried our best to make them feel better, but it was no use. They were so grateful that we had come such a long way just to visit them, and they did not want us to leave so soon. After another long but rewarding day, we were so satisfied to see how well the students are doing and how much they appreciate the opportunity to get to go to high school. They asked us to come visit them again soon, and I would love to be able to do just that. 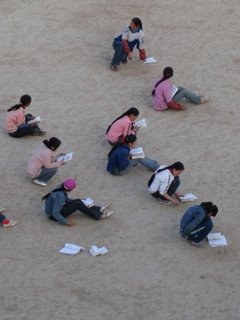