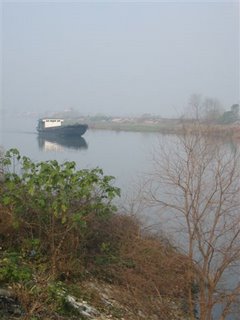 I don’t really know where to even begin today. It has been an amazing day that had me in three cities.

Early this morning I began the day in Hefei. As some of you know, Love Without Boundaries has been given approval to open a “healing center” for failure to thrive babies with cleft lip and palate. We will bring orphaned children from all around China to this center, carefully hand feed them and give them the medical care they need, and then when they are heavy enough, we will provide their surgery and post op care. This foster home will be a little bit different than other foster homes in China, however, because it will also do community outreach. We have seen so many rural families become overwhelmed when their child is born with cleft, and we want to provide support services to them in the hopes that we can actually help prevent orphans. We know this is a big dream, but all of the permissions have fallen into place and we know we can truly help change the lives of 50-70 babies with cleft each year. And I truly believe that if we can help prevent even one more baby from becoming an orphan, then that is success. I will never forget the woman last year on our Luoyang cleft mission who came in with her 28 day old daughter begging us for help. Her extended family did not want the stigma of having a child with cleft in the family, and she was crying so hard asking for help because she loved her daughter and wanted to keep her. Her baby was too young for surgery, and I will never know what became of that child as the mom was too poor to even have a phone for us to contact her. If we had a community outreach center, we could let hospitals in the region know that if any family gave birth to a child with cleft, they could contact us. Hopefully, in the very near future, if another woman like the one I met needed us, we could help provide emotional support and information on feeding and cleft care.

One of the reasons I am in China right now is to help identify the site of our healing center. One of the cities we are considering is Hefei. Anhui Children’s Hospital was so fabulous to work with on our cleft mission, and when we first approached them with this idea they were very open to it. So early this morning I visited two possible locations for the home. 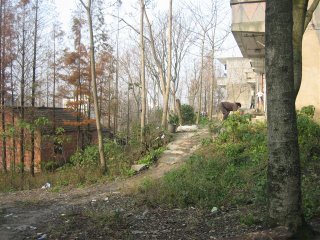 They were as different as different could be, and I will really have to think hard about which one would be the “best” as I really liked both of them. We want our home to be in a more rural location so that we can hopefully impact the local people’s opinions about children born with cleft. The first possible home I visited was an old two story farmhouse in YingHe village. All of the people in this area are farmers, and they grow both rice and vegetables. When we got to the house and I stepped out of the car, I was surrounded by such a feeling of PEACE. I really wish I could explain it exactly to everyone, but honestly it was one of the most peaceful places I had ever been, like I had stepped back in time. I heard birds chirping, and besides that noise it was so absolutely QUIET, which as you know is rare in Chinese cities. 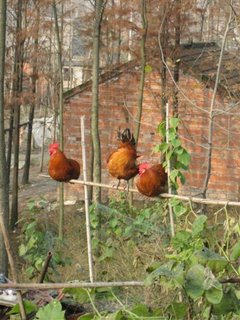 Every so often there would be a rooster crow. This house is set on the banks of a river (the village name means “meeting of the river”), and I could see boats floating by. Most of the people in this area seemed to be older, and more than one elderly grandma stopped what they were doing to turn and smile at me or wave. The house itself would need A LOT of work, but the definite advantage to this house would be that I asked the neighbors what they would think of having 18 or so babies with cleft living next door to them (many people in China still think of cleft as something “unlucky”), and all of the people immediately said they would welcome the babies with no problems. There would definitely be some things to work out (like an indoor bathroom and water to the house), but it was so peaceful there. 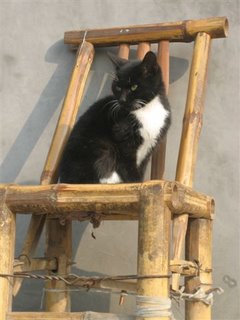 At one point a neighbor asked me to sit down on a stool made out of a cut log and she offered me some tea. As I sat on her porch her cat came to sit down by me, and I just sat there thinking it truly felt like a village that would love the kids completely. The one big downside to me of this house is that it is 45 minutes from the city.

The second house I was shown is in the Shi He village, which is only 20 minutes by car from Anhui Children’s Hospital. It also is on a main road so transportation to and from the hospital would be very easy. A really nice market area is only 10 minutes by bicycle, so if any volunteers came to help in the healing center, they could easily “get to town” on their own. This village is comprised of farmers and factory workers, and while definitely closer to the city, it is still considered “rural”, which I could see for myself when I saw an elderly man out for a stroll with his water buffalo. 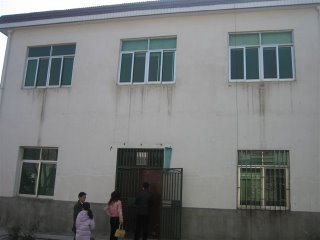 After visiting the two locations, I met with the vice director, many doctors, and the head nurse of Anhui Children’s. We had a FANTASTIC meeting, and they are truly hoping we pick Hefei as the site, as they would like to fully partner with us to provide medical care for the children and to help us with outreach. They have speech therapists on staff and would love to help develop a full “cleft team” to help each child as best as possible. We would also have a full time RN from Anhui Children’s on site at all times.

We decided to continue our meeting over lunch and before I knew it we realized that it was an hour to my flight to Guangzhou and I wasn’t at the airport. Oops! Thankfully the driver could go FAST and I made it to the gate just in time. I used my layover time in Guangzhou to write as many notes as possible about what I had seen that day, and then it was off to Shantou.

Two of the orphanage directors met me at the airport with a really kind woman from the UK who is in Shantou teaching English. We all went out to dinner and I found out that the four heart babies we have in Shanghai right now from Shantou are all doing much better. All four children got sick on the flight to Shanghai, and their aunties got sick as well. Thankfully we have a lot of good friends in that city and they quickly rallied the troops and were able to get to the hospital to help with the children while the aunties recovered. The kids’ surgeries are scheduled for Tuesday and Wednesday. I hope they all feel in top form by then.

I’m heading to the orphanage tomorrow morning to visit our school kids and medical kids, and also will be looking at two possible sites if the healing center were in Shantou. Over dinner the director told me that Shantou gets in so many cleft children, and it is so difficult for them to gain weight because it is often hard for them to feed, especially if one aunty has 3 or more babies with cleft in one room. I know this city would be a good location as well (and it’s warm year round!), and they have welcomed us to bring orphaned children from all over China for care. It should be a very busy day. I’ll write more tomorrow!

(since most of my photos today were of houses, I’ll post some extra photos from Dingyuan yesterday. I know everyone would much rather look at children than a house!) 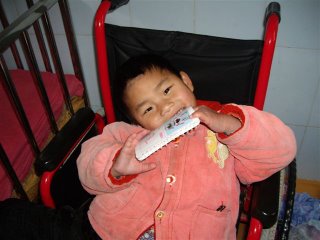 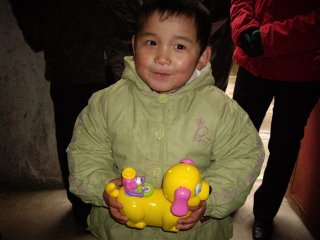 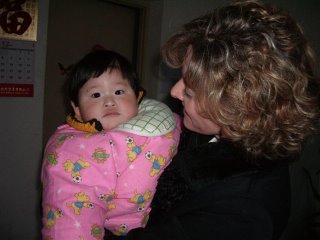 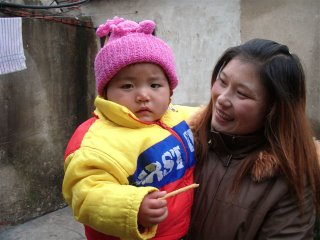