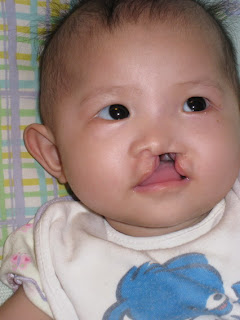 When you’re young and cleft-affected, being a couch potato isn’t a bad thing! Zhang Ming had expressed some concern over little Leah at the beginning of her stay at the cleft home. In the blue room, she was the oldest baby, but weighed the least. For a while, she didn’t seem to be interested in eating and really wasn’t putting on weight.

After a few weeks in the home, she apparently decided it was time to compete with the other babies and put on some weight! We are happy to report that she is now a great little eater. While she eats, the nannies say she has an expression “like she was watching a soap opera.” They have concluded that the couch potato life style is a wonderful one for little Leah at the moment–who is now on her way to catch up with her housemates! 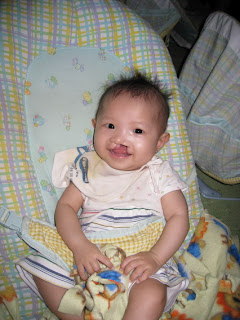